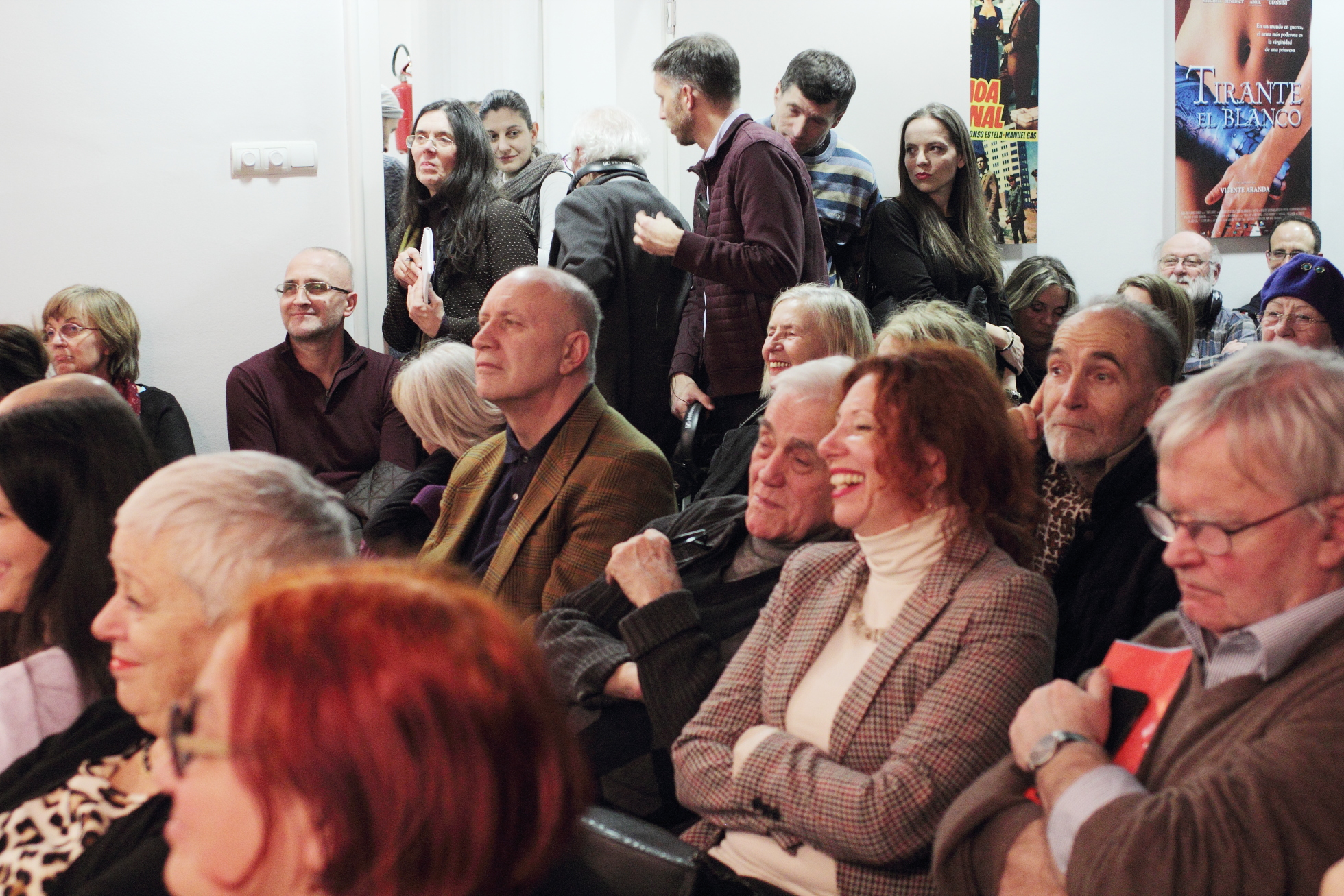 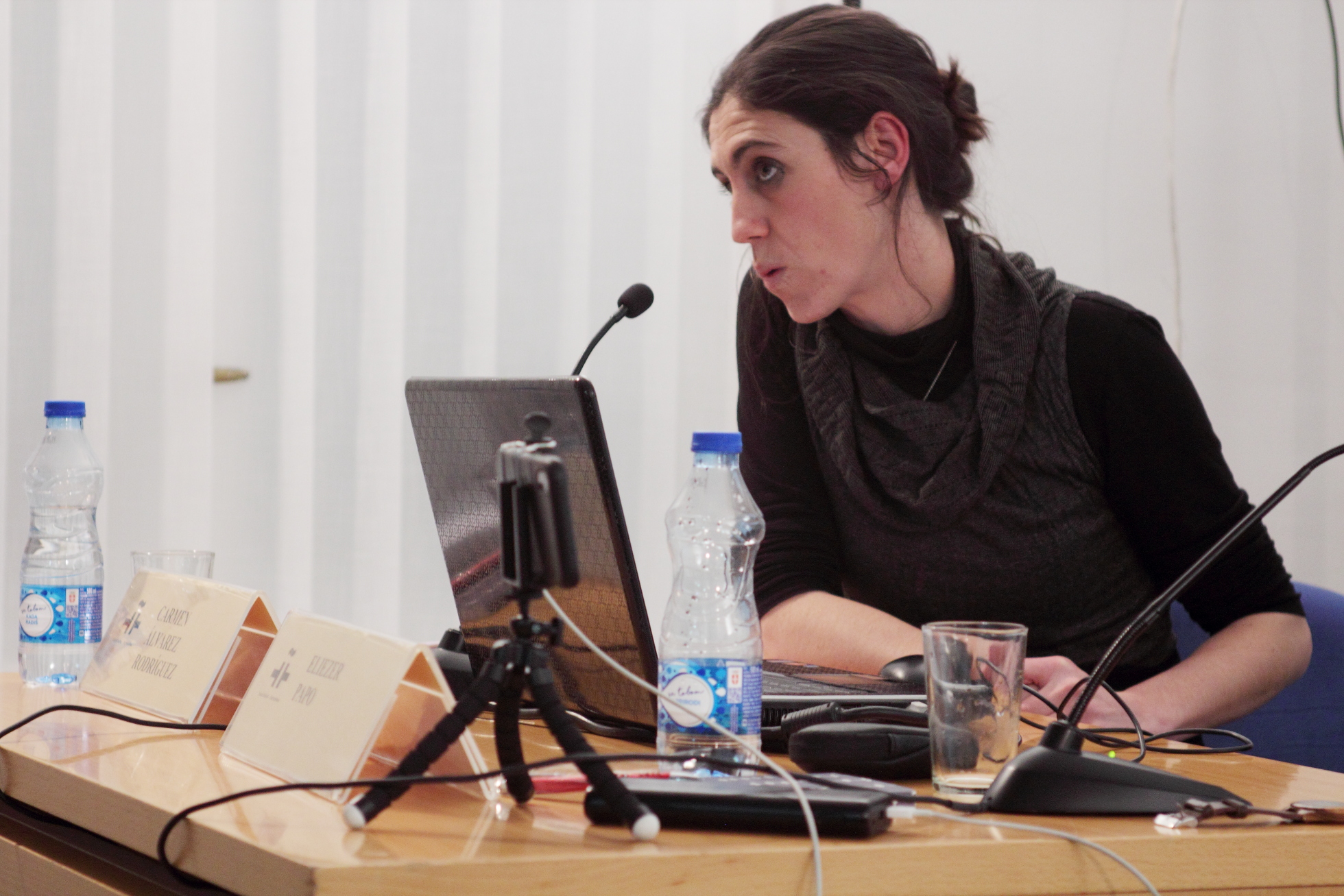 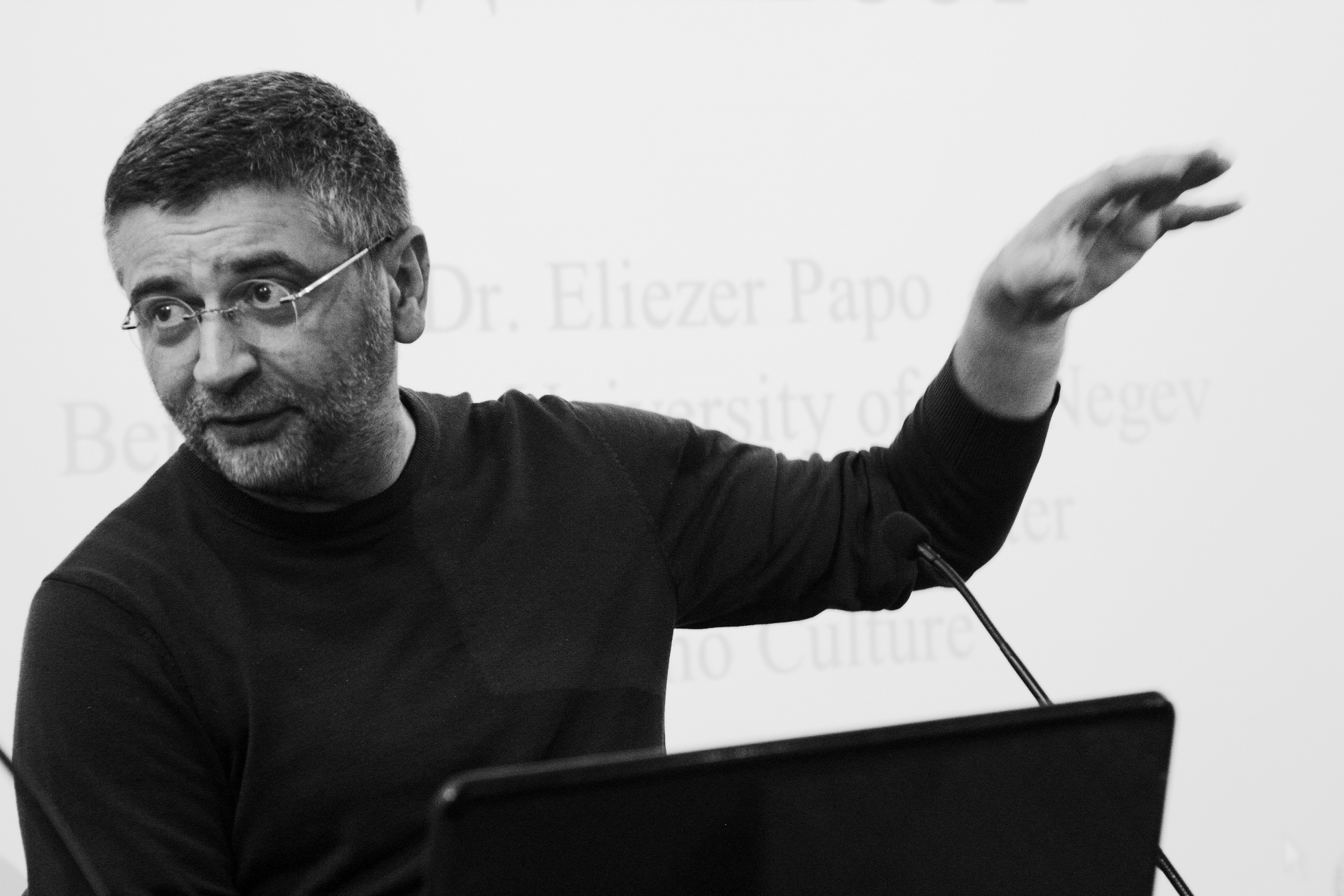 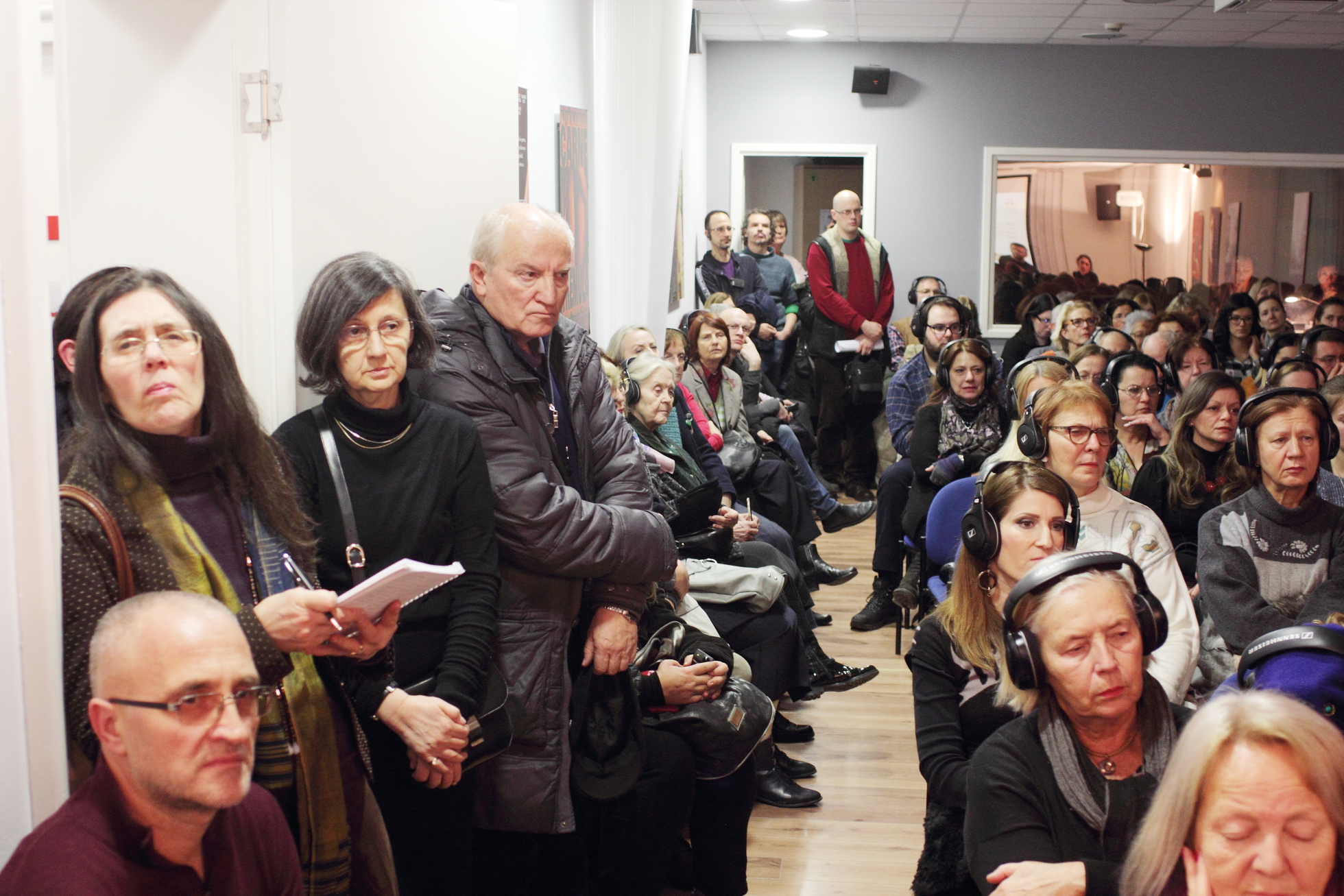 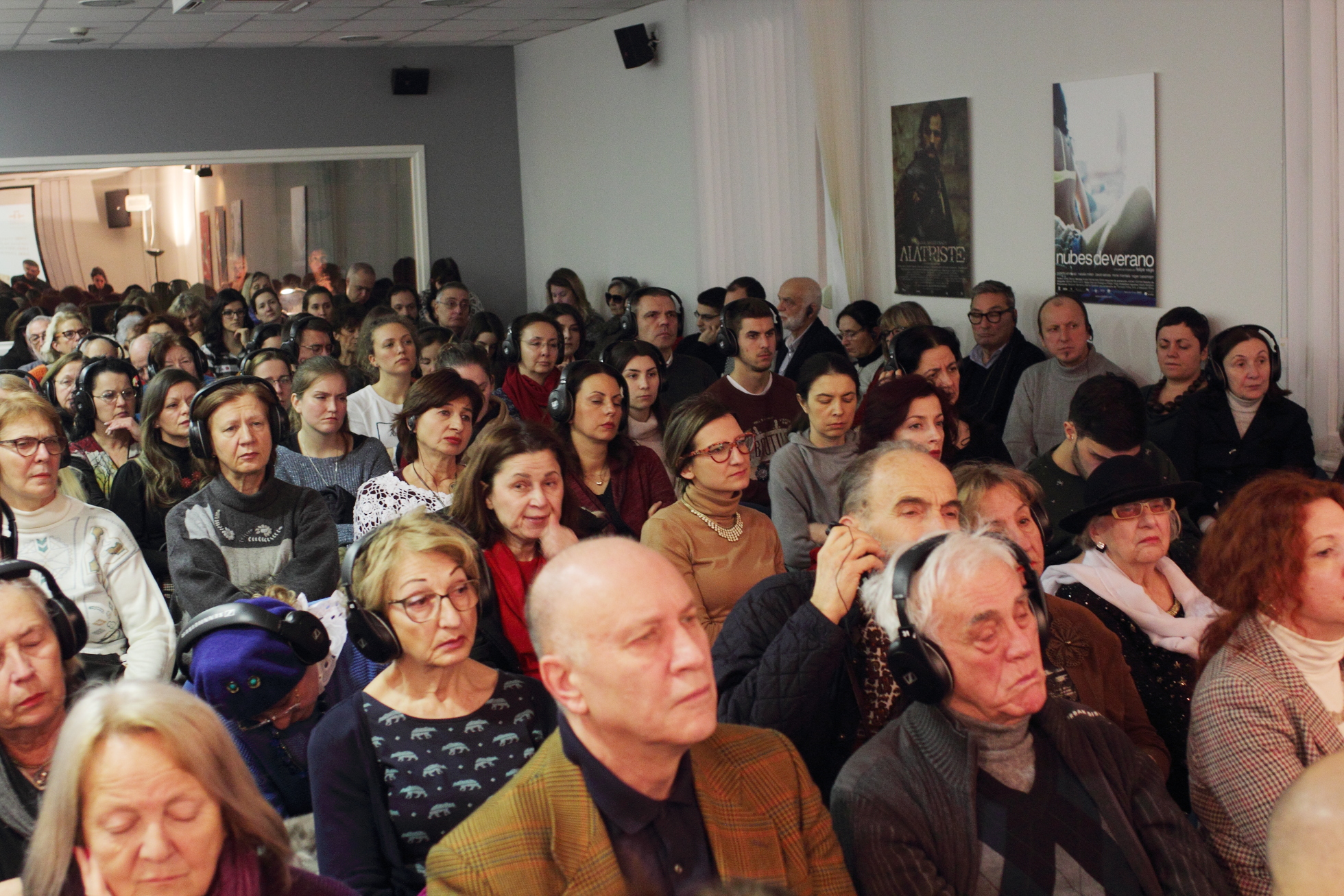 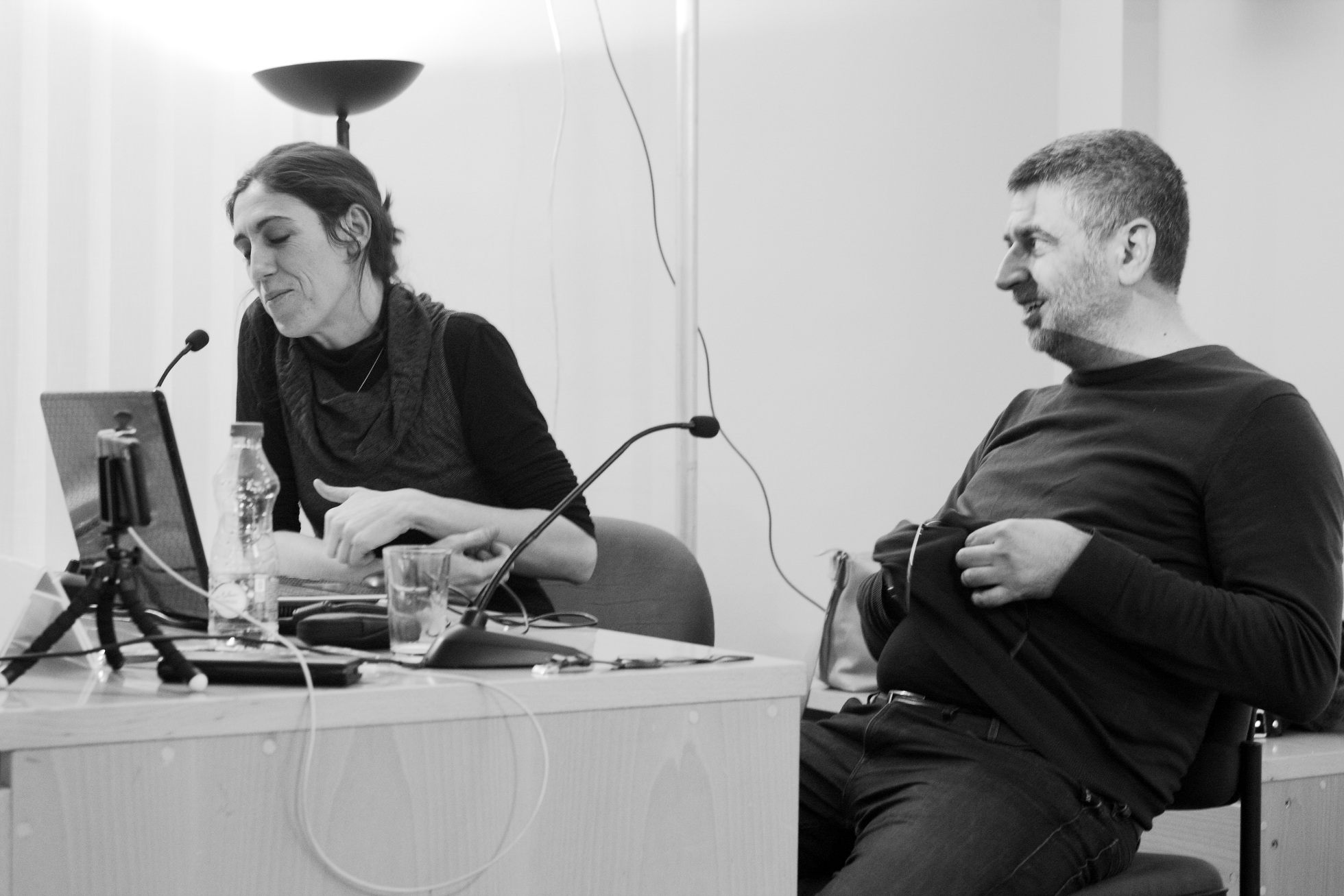 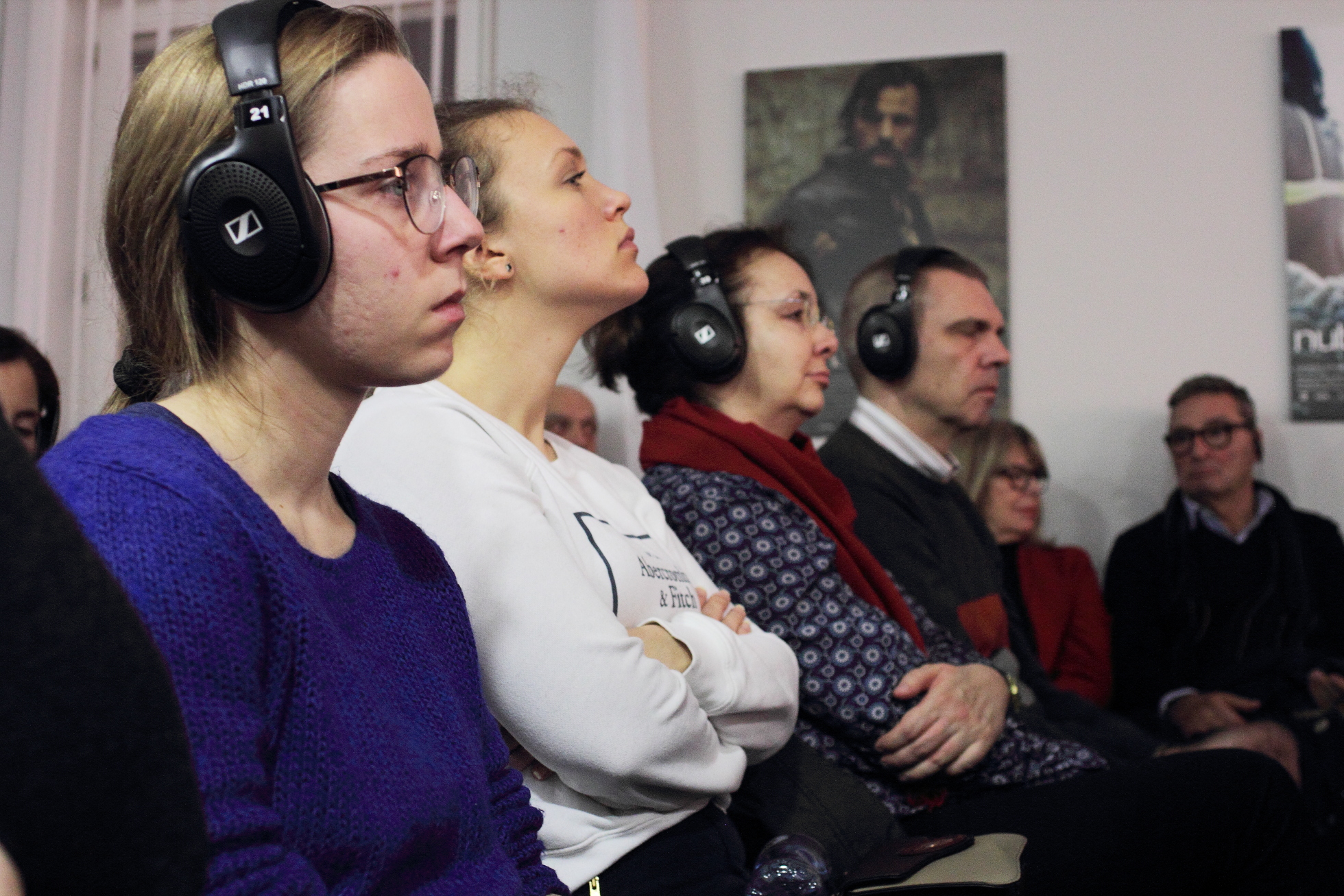 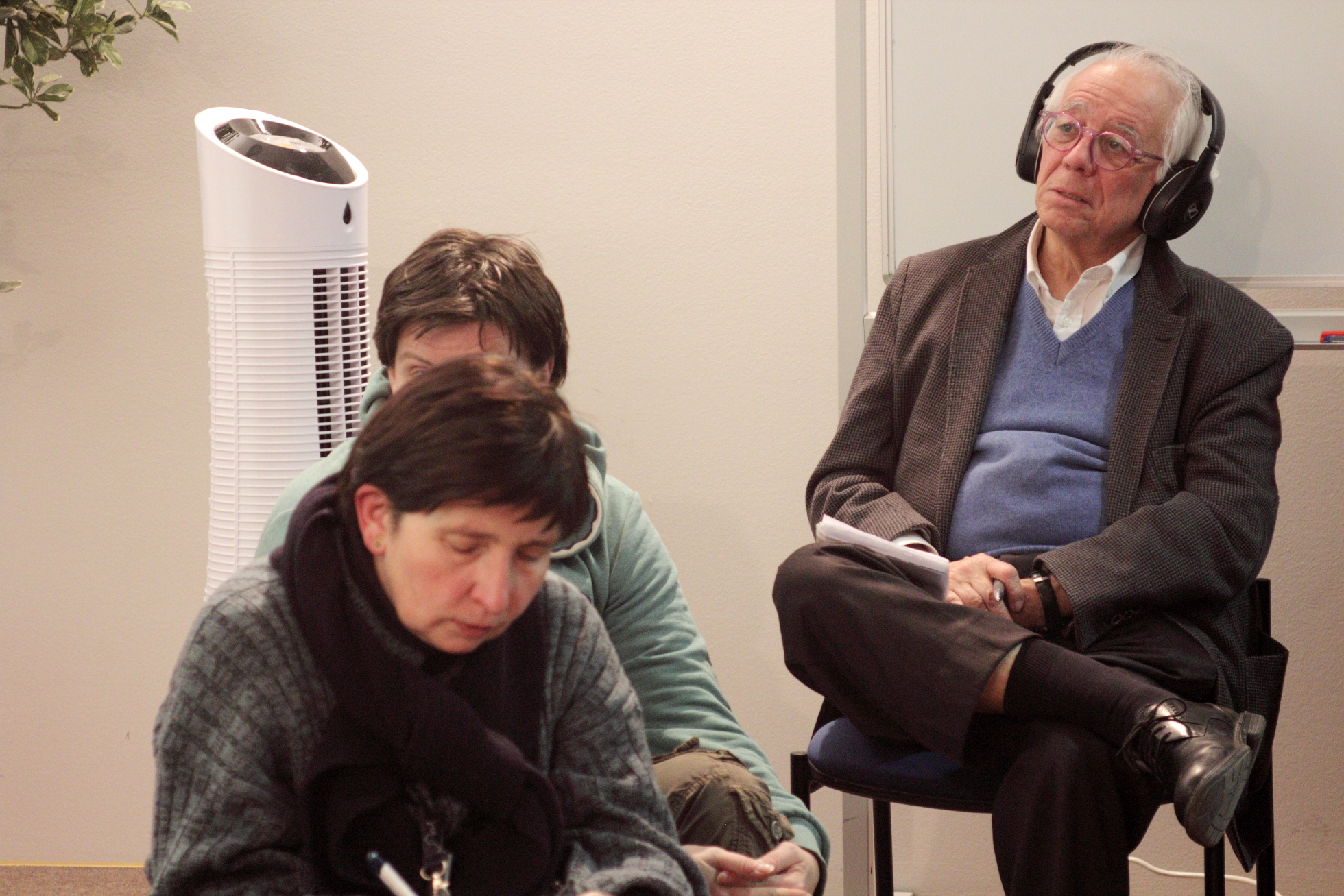 The Past and present of Sephardic Culture

But, who are the Sephardic Jews indeed? Oftenly, the process of emigration and creation of the community was a complex one and it took years, even generations, not only due to the means of travel at the time but also because it was known to happen that a person or a whole family would cross from one country to another, several times until they would finally settle on a single territory.

Carmen Alvares Rodrigues, Cultural Attache of the Embassy of Spain in Belgrade, will be addressing the re-acquaintance between the Spain and the Jews, from the perspective of the historical revision of mutual Hispano-Sephardic relations from their expulsion, all the way to the 2015 law, which has granted the Sephardic descendants the possibility to obtain the Spanish citizenship.

On the other side, Dr. Eliezer Papo, the director of the Centre for Ladino Culture "Moshe David Gaon", at the Ben Gurion University of the Negev, is to give a talk on the arrival of the Sephardic Jews to the Balkans, the development of Ladino as the common language of the Sephardic Jews in the Ottoman empire, and also on some particularities of Ladino dialects in the South-Slavic languages. More at Institute Cervantes >>> 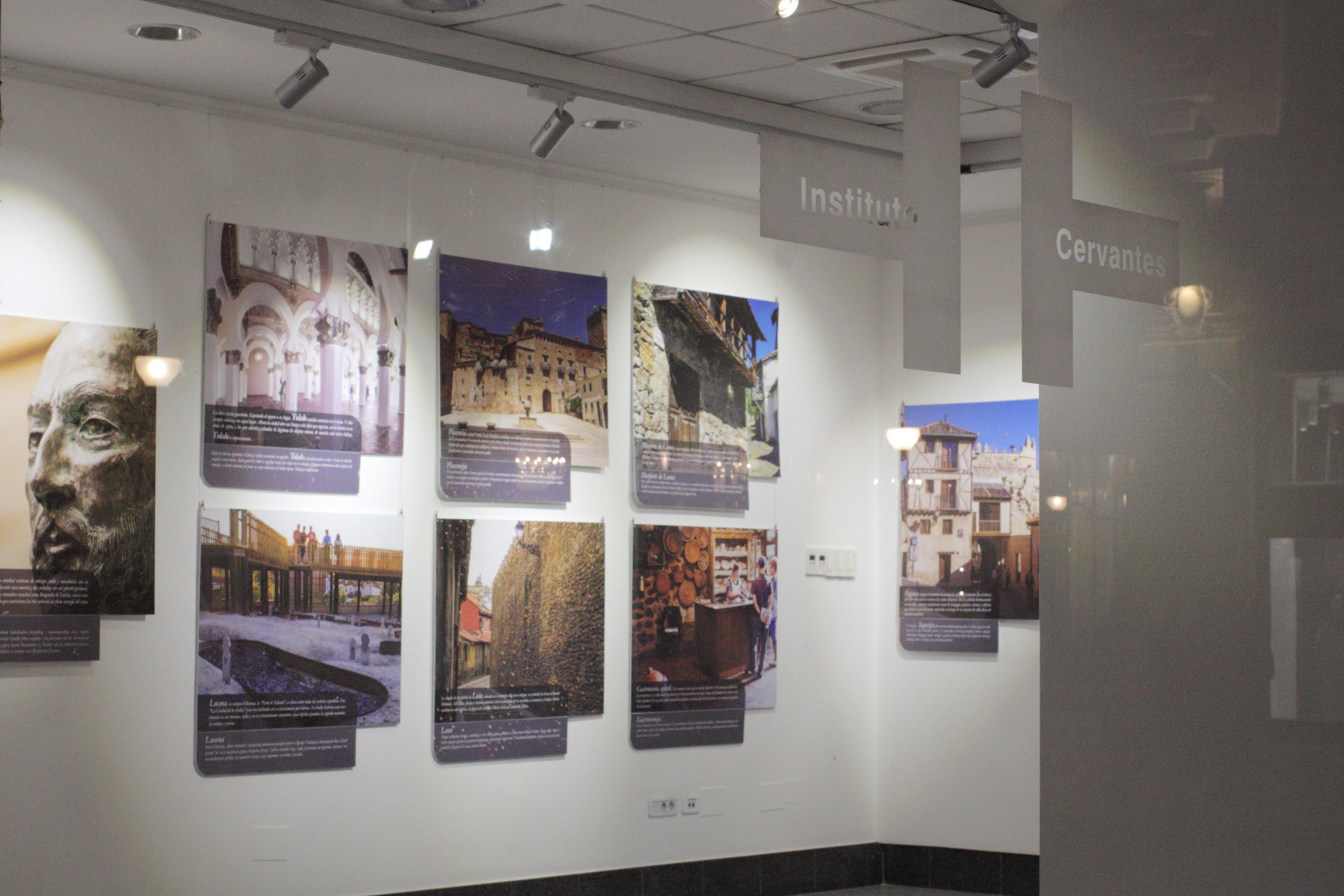 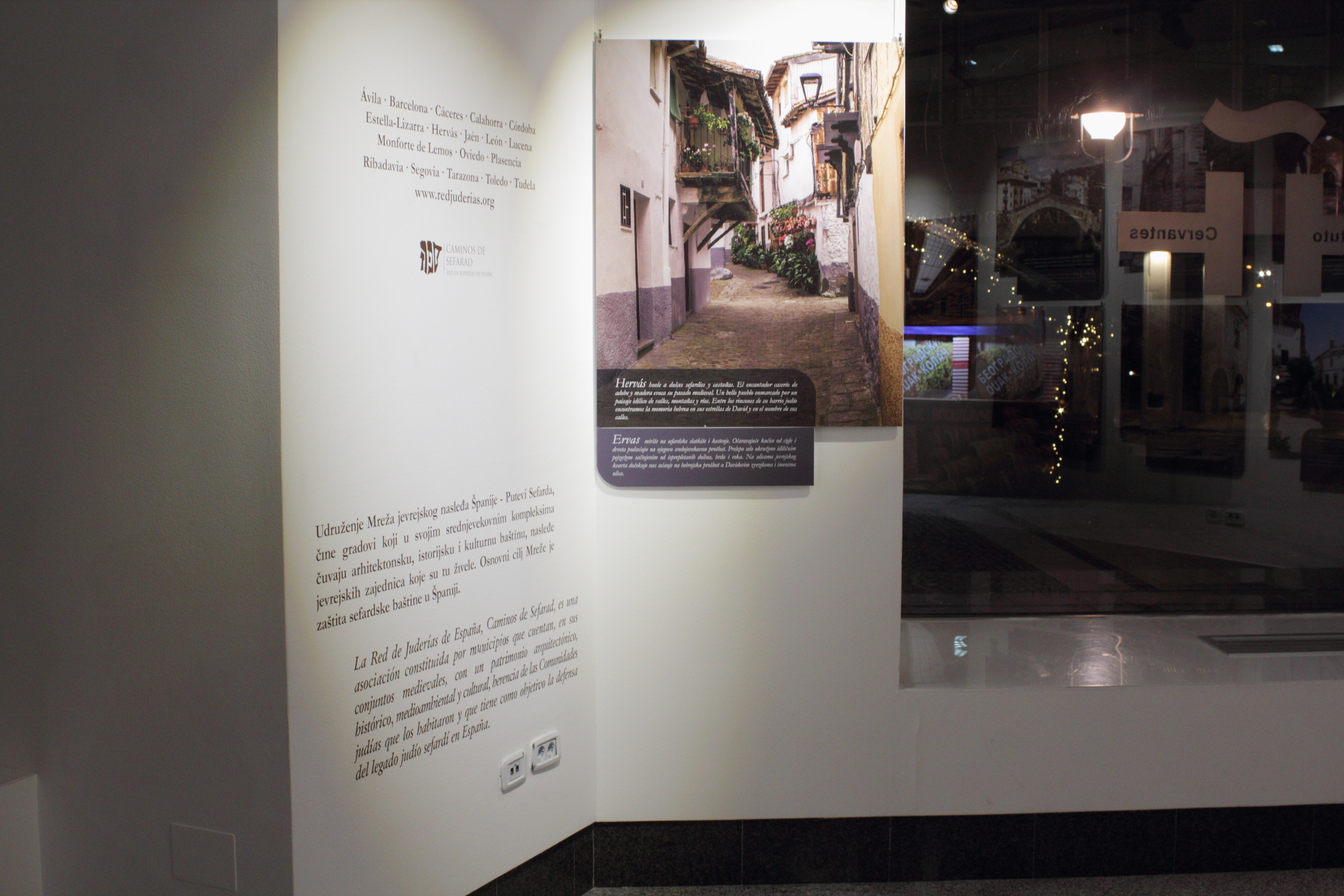 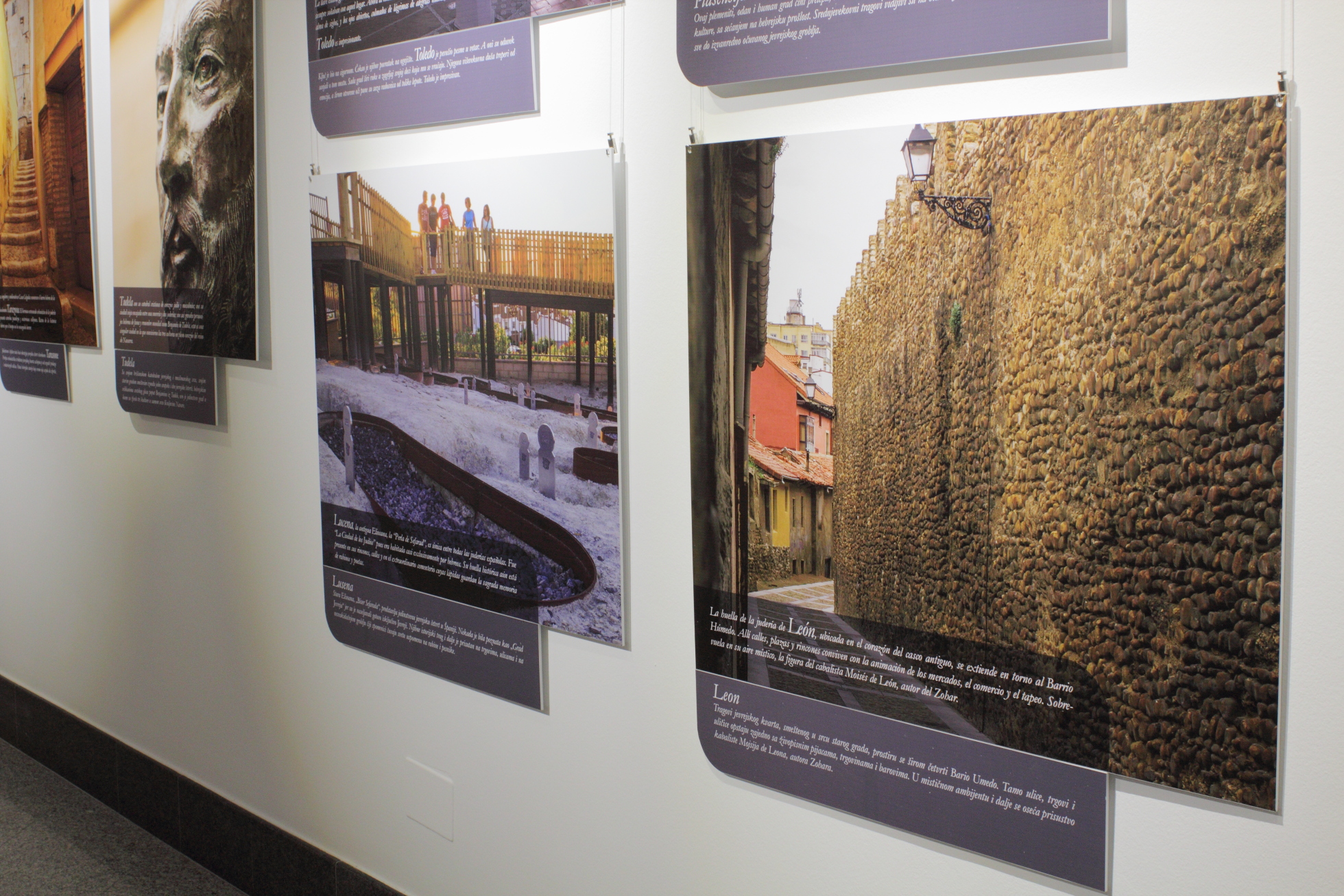 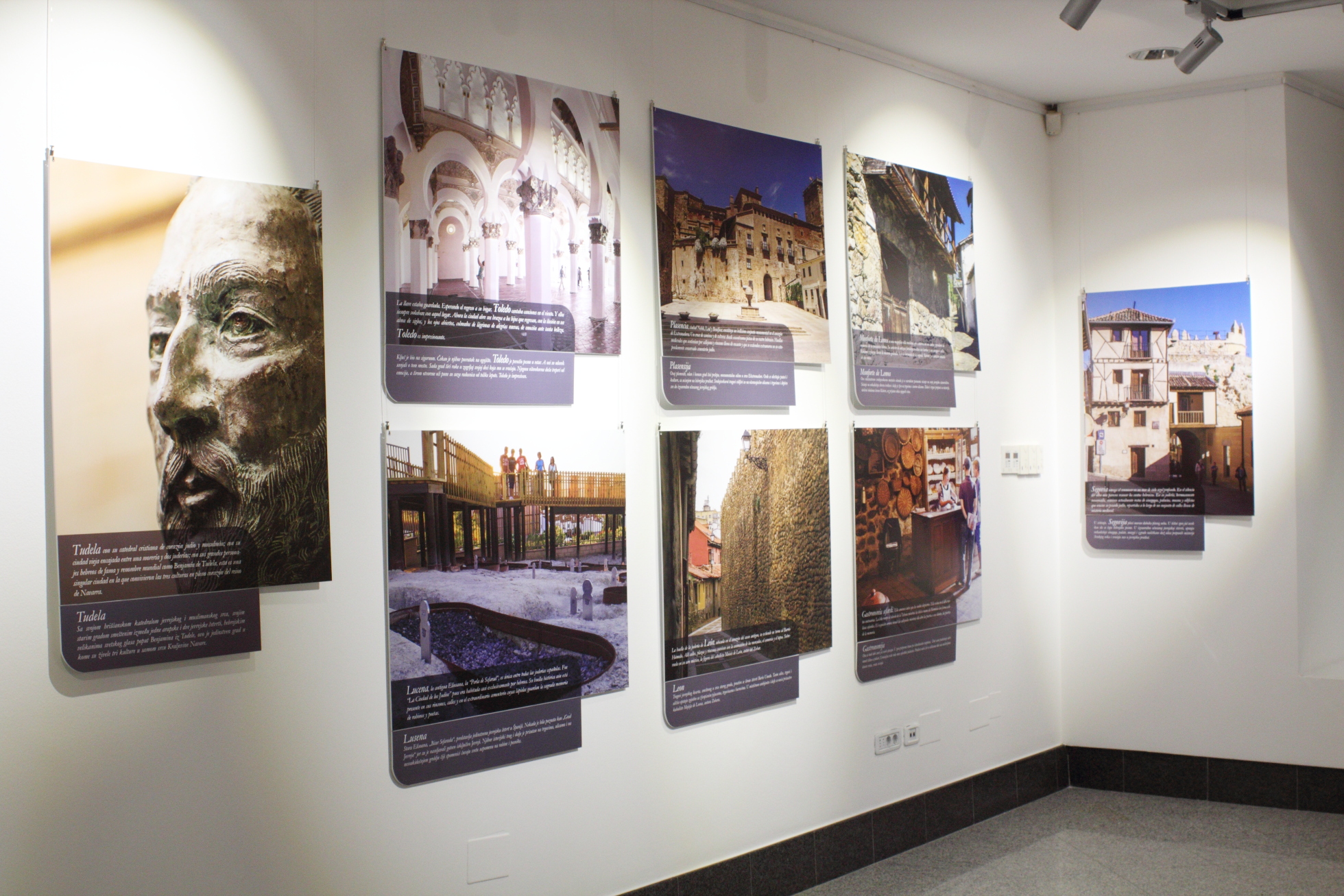 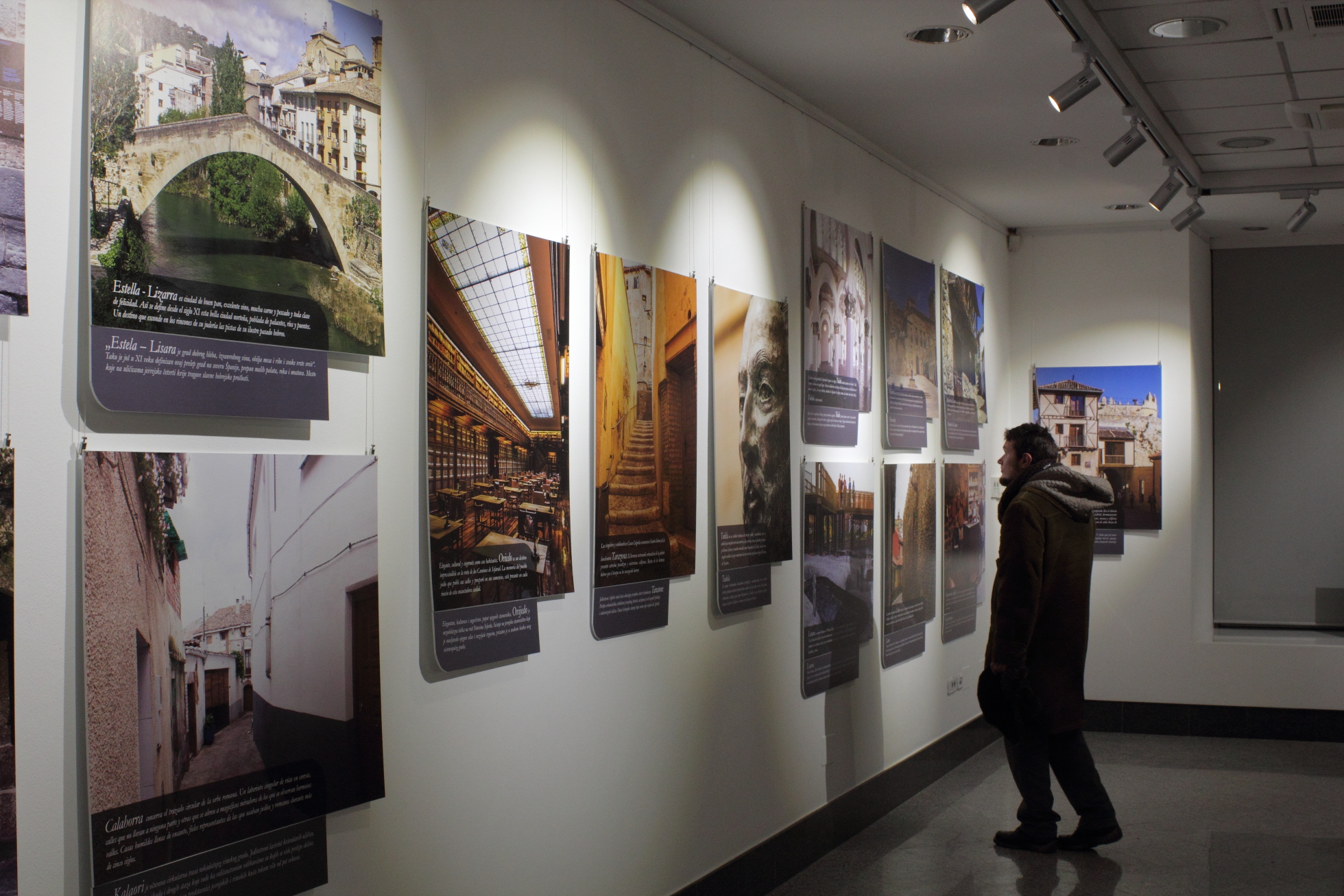 The Servantes Institute in Belgrade has produced the exhibition "Discover Sepharad", which will be opened with the tasting of wines and traditional treats, as well as with the presentation of the 18 cities that make up the Jewish Heritage Network of Spain.

Consisting of 20 photographs depicting today's Jewish quarters in Spain, this exhibition leads us through cities that have preserved a recognizable Jewish spirit, with brief illustrative texts in Spanish and Serbian. Visitors will also have the opportunity to see the corner with Sephardic literature.

Association of the Jewish Heritage Network of Spain - The Roads of Sephard, are the cities that preserve the architectural, historical and cultural heritage of the Jewish communities that once lived there.
Members of the Network jointly participate in the preservation of Jewish historical heritage and legacy, promoting cultural, tourist and academic projects, and implementing a policy of national and international exchange of experience, thus contributing to mutual understanding and respect for peoples, cultures, and traditions. On the Cervantes Institute website >>> 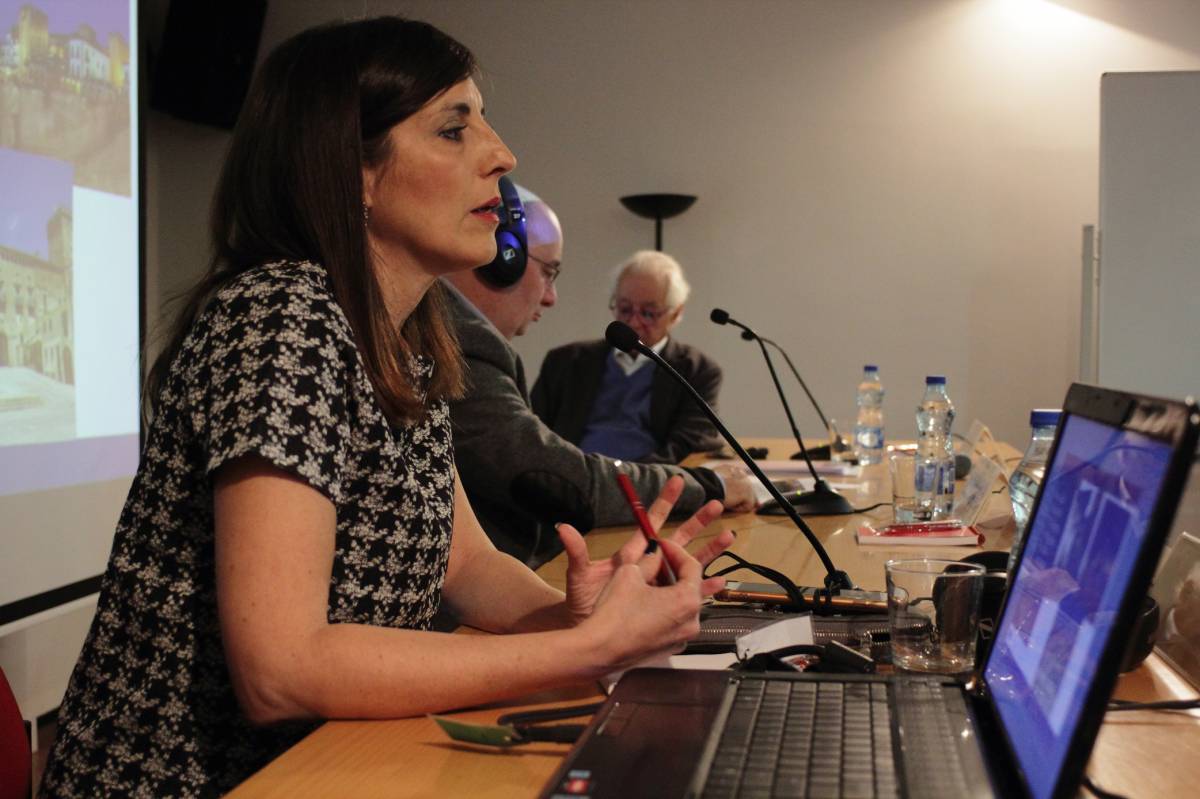 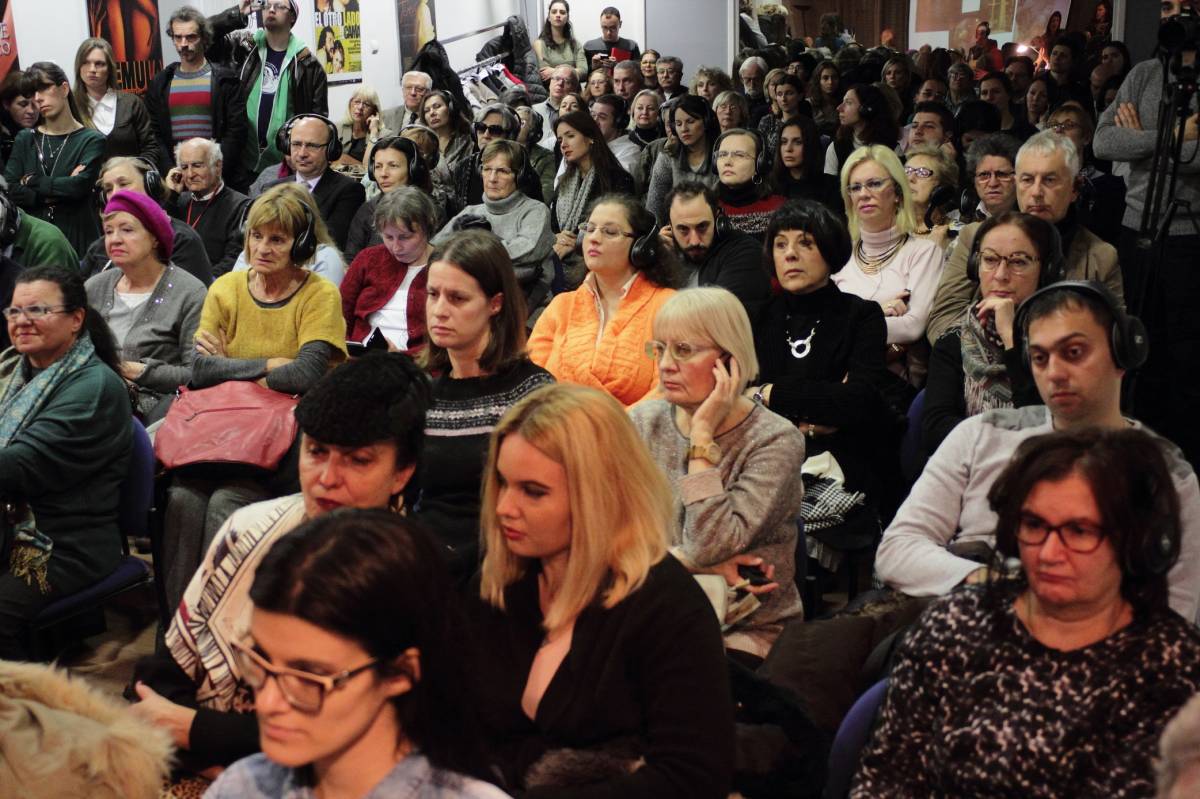 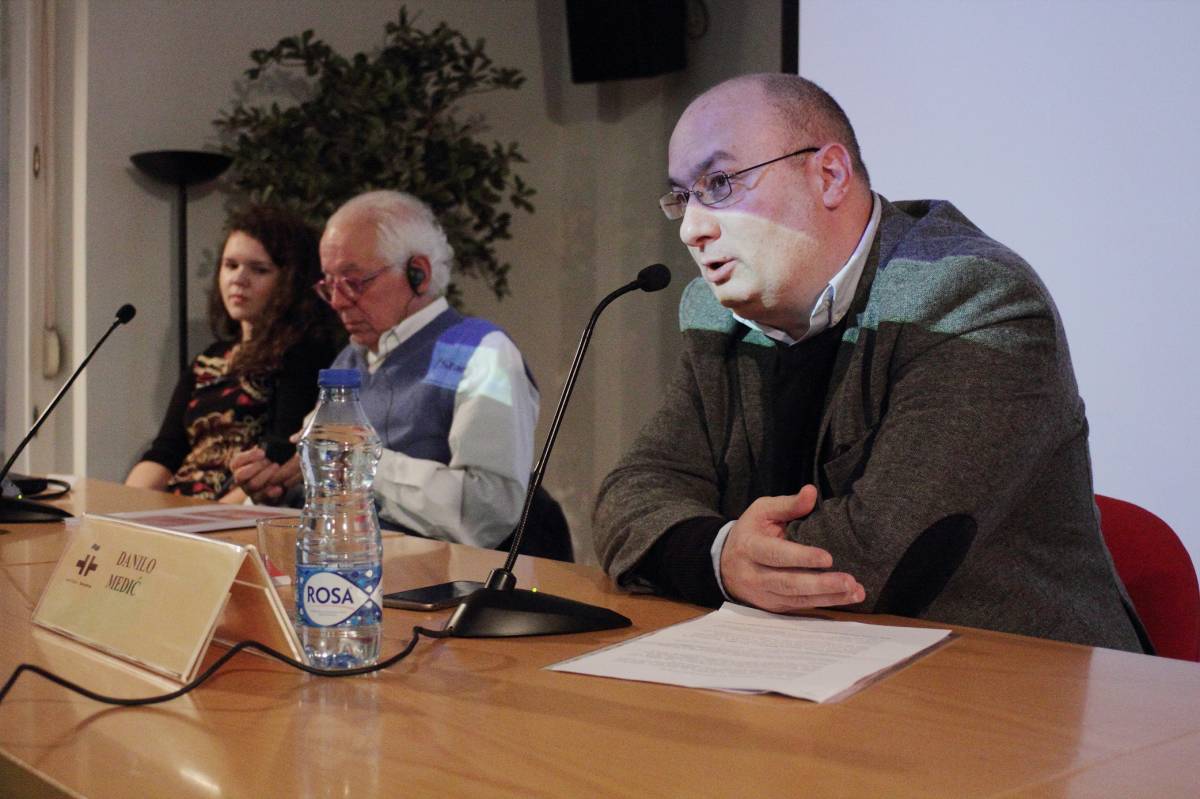 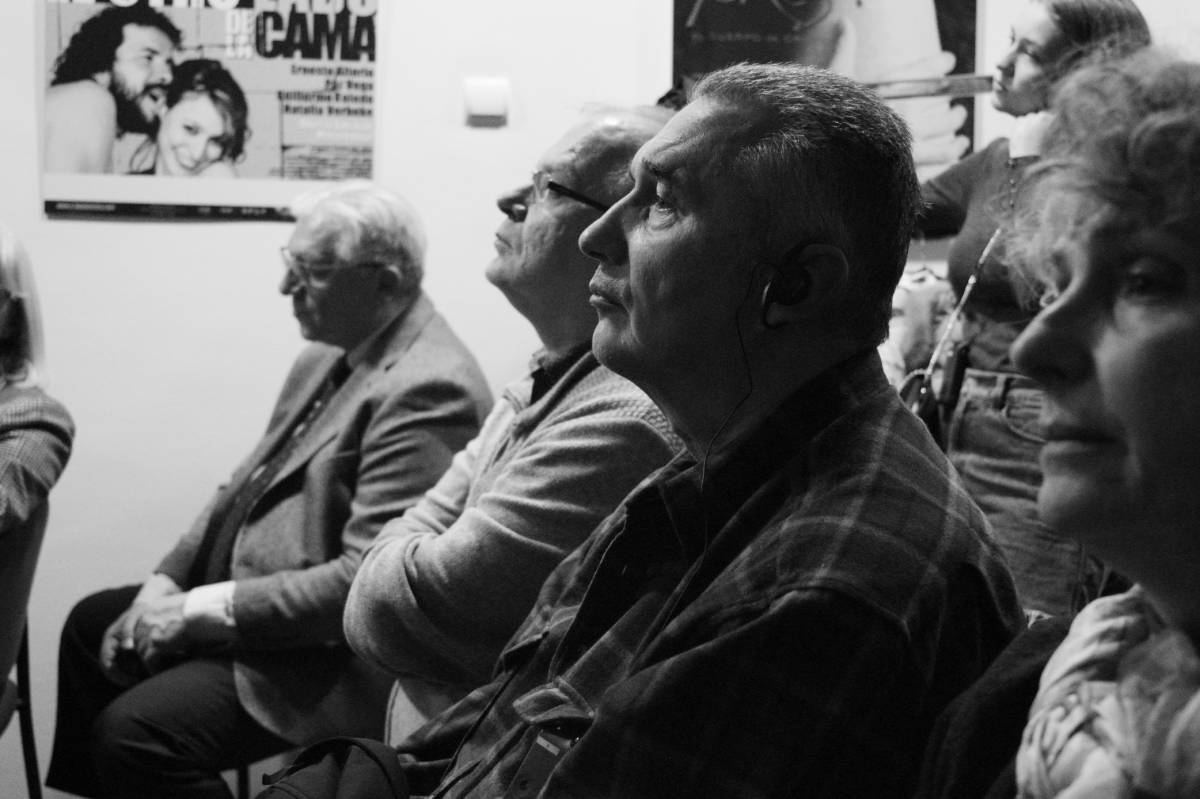 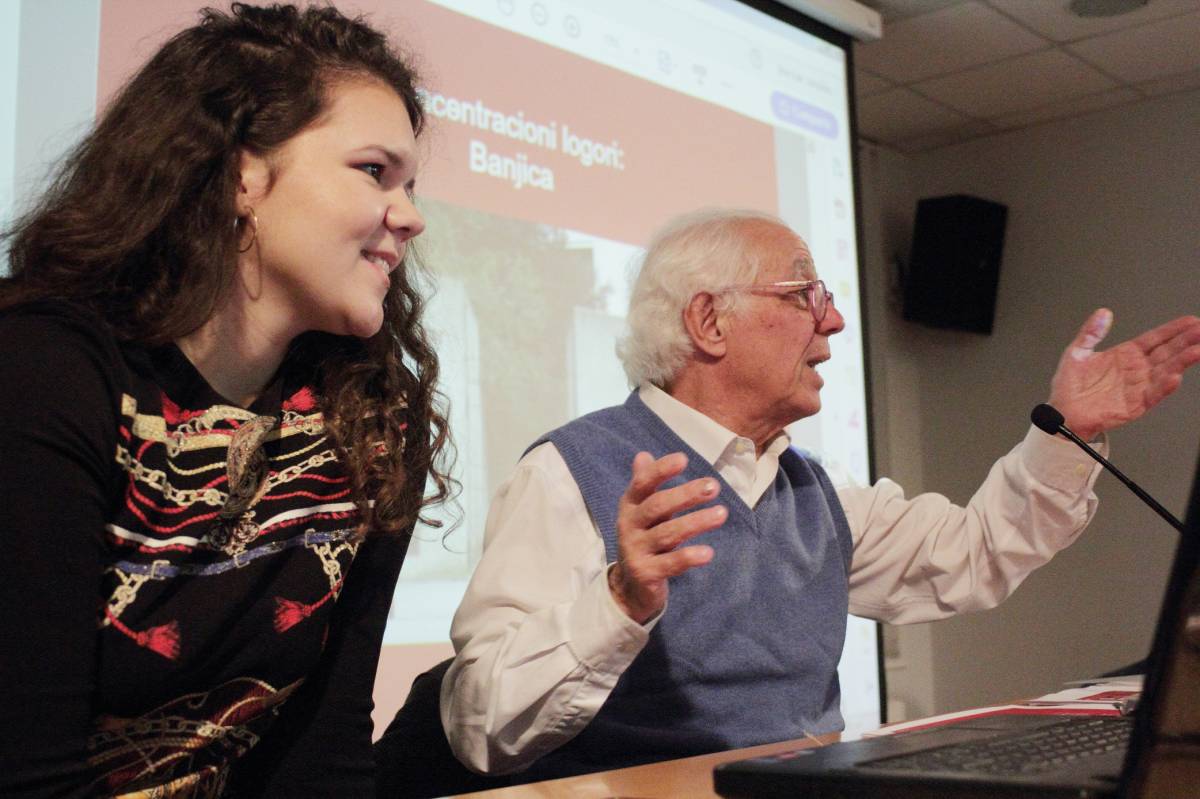 On Tuesday, December 11th, in the crowded hall of the Cervantes Institute, a lecture was dedicated to the culture of the Jewish heritage of Spain and Sephardic culture in Belgrade.

Ms. Puji Kishal, The President of the Association of the Jewish Heritage Network of Spain presented the work and mission on the Sephardic routes project, the alliance of 18 cities of Spain, which preserve their architectural, historical and cultural heritage in their medieval complexes. Director of the Servantes Institute, Mr. Enriqe Camaço Garcia, has presented the project "The Sephardic Route in Belgrade" with the presentation of photographs and articles from the Archive of the Jure Museum, the Archives of the City of Belgrade and other sources.

The President of the Jewish Municipality of Belgrade, Danilo Medić, spoke on the topic "The Present and the Future of the Jewish Community in Belgrade", referring to the prewar period in which the Jews successfully integrated into the Serbian society, with the conclusion that in the postwar years until today the recovery of the Jewish Municipality of Belgrade was slow and difficult, on the borders of survival, with demographic indicators being negative. The state of Serbia is the first state in Europe, the only one of all 46 signatories of the Terezin Declaration, which passed the Law on the Elimination of the consequences of the seizure of property to Holocaust victims who do not have living legal heirs. This law has enabled the revitalization of the Jewish Community of Belgrade and Serbia.
On JCB site >>>

The Jewish Cultural Center is calling upon the members of the Jewish community to come forward with the proposals for programmes and projects on Jewish culture: jevrejskikulturnicentar@gmail.com

The project is kindly supported by the Ministry of Public Administration and Local Self Government of the Republic of Serbia, for which the Jewish Cultural Center is grateful.

The Fraenkelufer Synagogue in Kreuzberg is host to a growing community, spanning nationalities and denominations. Of the building itself, however, only a part remains, the rest having been destroyed by Nazis during Pogromnacht in 1938 and bombing in the early 1940s. But plans to rebuild it are currently in development.

We spoke to Dekel Peretz, the synagogue’s program director, and Raed Saleh, the leader of the Social Democrats (SPD) in Berlin’s Parliament. Saleh, who was born in Palestine before moving to Germany as a child, initiated the project to rebuild the synagogue, putting it simply that he thinks a country that rebuilds palaces should also rebuild synagogues. Full article: Fraenkenlufer >>>

THE AMERICAN DREAM By Marijan David Vajda "Jewish immigrants came from the shtetls and ghettos out to Hollywood ... in…